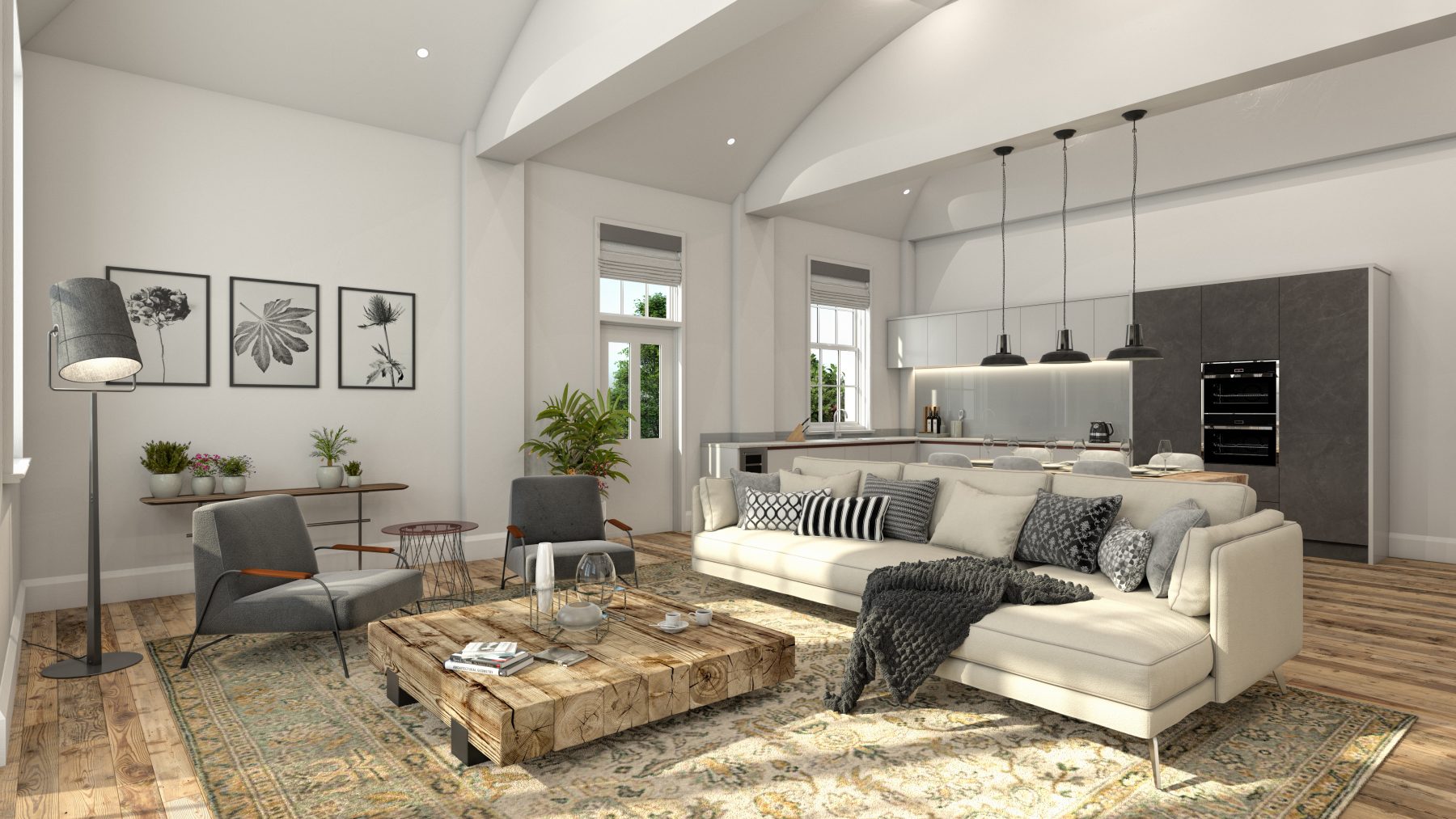 Property developer, Grenadier, have announced that a staggering 40% of the properties at St Margaret’s in Exeter have been reserved or sold in Phase 1. The development which began construction in August of this year, is undergoing an extensive transformation as the historic buildings are renovated into sustainable homes.

Phase 1, which is due to be completed in Spring 2020, consists of 18 properties spread across four residences; Westall, Newberry Lodge, The Music Rooms and Wynlaton House.

St Margaret’s Residences is situated on Magdalen Road in the much sought-after St Leonard’s area, in close proximity to the local school, college, independent high street and a short walk to the city centre.

The former all-girls school closed in 2013 after a century of welcoming local pupils through its doors. Grenadier intend to blend sustainable and modern technology features with ornate cornicing, grand staircases and stained-glass windows, together making St Margaret’s Residences unlike anything else on the market.

The residences which include Grade II and Grade II* listed buildings will benefit from a shared ground source heat pump, which will provide sustainable heating and hot water to residents, while solar panels will be added onto the roofs to provide clean, renewable energy. Tenants will have access to electric car changing points, encouraging green modes of transport, to help reduce air pollution and congestion in an ever-growing city.

No stone has been left unturned in ensuring St Margaret’s Residences is as efficient as possible, including insulation, which is being built around the solid red Heavitree stone. This beautiful rock is made from broken minerals and stone and is particularly prevalent in old buildings in and around Exeter, including Exeter Castle and the old city walls. The traditional sash windows are also being refurbished and fitted with draft-proofing which will enable residents to enjoy the ambient temperatures usually associated with new builds.

It’s not only external fixtures and fittings that have been taken into consideration at St Margaret’s Residences, the internal fixtures have been carefully chosen to reduce the carbon footprint of the properties.

LED lights, which are far more efficient than traditional incandescent and fluorescent lights, and smart home monitors will be installed at St Margaret’s Residences so residents can track their energy usage.

All appliances at St Margaret’s Residences will be A – A+++ Energy rated, this includes fridges, freezers, ovens and washing machines. A-rated appliances are considered more energy efficient than standard class appliances, as they use considerably less energy, which means not only do you save money but also the planet.

Acting agent at Knight Frank and former St Margaret’s pupil, Louise Glanville commented: “It’s rare for a property with so much history, unique character and charm to come onto the market. Period properties are typically beautiful, but unfortunately behind the times which it comes to innovative technology and sustainability, so it’s refreshing to find a development which has the best of both worlds.”

Grenadier Property Director, Aiden Johnson-Hugill added: “We are thrilled that people value and respect not just the unique history of these beautiful buildings but the sustainable technology going into them.

We are essentially challenging the myth that period properties can’t compete with new builds by transforming period properties into sustainable homes. It’s been a challenge for developers to date, but something Grenadier are committed to achieve. Our hope is that more developers will follow suit and make a real difference to the way homes are built.”